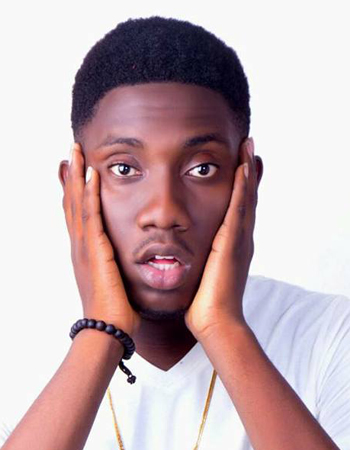 Chibuikem Chris-Oparah a.k.a Chizzy D’Ace is a passionate and versatile 21 years old creative artist, rapper, actor, poet, copywriter and a graduate of the 2016 Street Project Foundation Creative Youth Boot camp. After the boot camp his skill as a copywriter was developed when he was selected to intern at X3M IDEAS one of Nigeria’s top Advertising Agencies. He further explored his Copywriting Skills as a contributing writer on the Street Project Blog. He also released a rap single featuring 2016 SPF Ambassador, Moyo titled “Drop of rain” which further explains why he was a runner up at the 2017 Lagos State Ministry of Youth and Social Development Talent Competition (Music category) where he displayed his lyrical prowess. Since then, he has gone ahead to produce more singles and embarked on other musical projects with several artists, poets and SPF Ambassadors.

Chizzy’s doggedness in the acting field has landed him numerous roles. He was a supporting actor in a first stars movie for Ebony Life TV titled ” It takes five “, also a lead character in a movie titled ” The flight ” and played the role of David in a short film titled ” Look beyond ” producde by a fellow SPF Ambassador Faith Moyosore. He is no stranger to theatre productions also and has been a member of cast in the renowned stage play ” ITAN” Which has been performed across theatres in Nigeria and Ghana. He starred as a rag tag soldier in “King Baabu ” and in ” Omawumi ” produced by jolly hood theatre production where he play the role of a judge. He has worked with great theatre practitioners and directors like Ayo Jaiyesimi, Nissi George, Toyin Oshinaike, Hafiz Oyetoro ( Saka) and Toristeju Ejoh ( Oxzygen Koncepts).

Chizzy D’Ace is a 400 level student of Urban and Regional Planning in Unilag. His ultimate goal as a creative artist is to win international awards as an actor and a rapper and to perform on the global stage whilst touching and motivating the lives of other young creatives.