HomeblogBlogRuby, Shuga and All Things Nice

Ruby, Shuga and All Things Nice 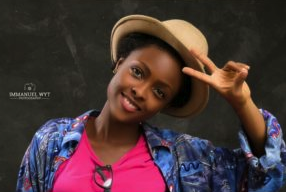 Multitalented and Resilent, two words that summarize who Chinaza Ruby Akubueze is. A young lady with a drive and laser sharp focus to reach the zenith of the creative industry. You could be misled by her petite frame but the more you get to know her, you’ll recognize her strength and respect her hustle to make it in life against all odds.

Chinaza Ruby Akubueze after graduating as the best participant at the 2017 Street Project Creative Youth Boot Camp and selected to intern at Prodi-g concepts, has been relentless in her pursuit to make a sustainable living doing what she loves. She has been  focused on acting and has attended numerous auditions as a result. Her doggedness has landed her a role in the 6th Season of the widely acclaimed International TV series ‘Shuga’ where she plays the role of Frances; a teenager who is trying to waltz her way through the pressures of life. Chinaza has also featured in an AFM media short film titled “Look Beyond” a film that addresses the issue of teenage pregnancy and abortion. She is also a content writer for the fast rising youth talk show series; ‘Emergence’. Chinaza’s ultimate goal is to become a designer and she looks forward to studying Creative Arts in University of Lagos where she hopes to explore all her potentials – ensuring that no aspect of her talent is left untapped.

Chinaza Ruby Akubueze the STREET LIGHT is on you girl.